The birthplace of poet János Batsányi 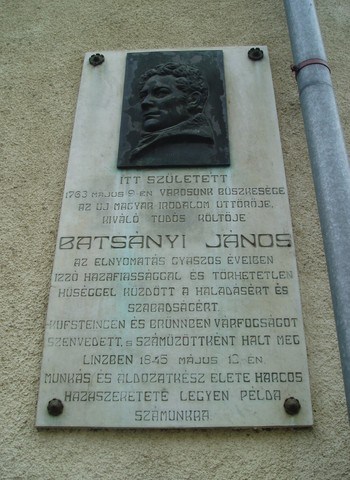 The birthplace of poet János Batsányi

Batsanyi also studied here and in Veszprém. He began to edit the Hungarian Museum with Ferenc Kazinczy, and in 1789 he published his famous poem “The Changes in France”, in which he calls “taking watchful eyes to Paris”.

They soon joined Kazinczy, but they were imprisoned for their involvement in the Martinovics conspiracy. Friends could never have been. Batsany was later convicted and banished to Linz and died there in 1845.

The exile was followed by his wife, Austrian poet Gabriella Baumberg. Batsányi’s ashes were repossessed in 1934 and, with his wife, placed in the city cemetery for eternal rest.

You can find out more about which cookies we are using or switch them off in settings.